Welcome to SafariNow. Get off your accommodation booking by paying with the voucher code before .
South Africa/Western Cape/Cape Town/Atlantic Seaboard South Accommodation 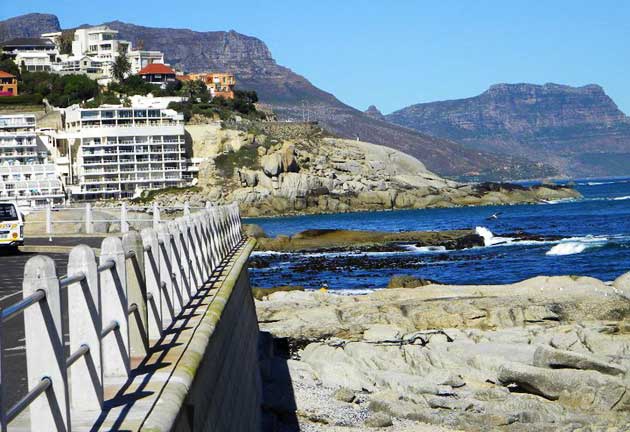 The Atlantic Seaboard is the trendiest and most expensive of Cape Town’s seaside real estate, curving west from the Waterfront to the southern tip of the peninsula. Posh suburbs are perched on the steep slopes of Table Mountain with dazzling views of the ocean.

The sea water is icy, cooler by a few degrees than on the False Bay side. Plunging in is a great shock to the system but the beaches are gorgeous, perfect for catching a tan, picnicking or sundowners – the sun sets over the ocean on this side, setting it ablaze with colour. The rugged crags of the Twelve Apostles loom above the bays and coastal road which runs from Mouille Point all the way to Llandudno.

On the western side of the Waterfront the coastal road leads to the suburbs of Mouille Point and Green Point. Originally a dodgy red-light district, the recent access to the Waterfront has turned them into a flourishing area of restaurants, clubs and accommodation. When the sea mists roll in don’t be alarmed by the foghorn from Green Point lighthouse – it’s incredibly loud. This chubby Victorian beacon is rather cute and looks like it comes straight out of a children’s book - painted with diagonal red and white stripes.

Sea Point merges with Green Point and has a well earned reputation for good eating places. High rise apartments compete for ocean views and along the promenade there’s a cosmopolitan blend of yuppies, retired folk with pooches, moms pushing prams, street kids and vagrants. This slight shabbiness dissolves as you head into Bantry Bay, flush with upmarket resort hotels and self-catering apartments – all within easy walking distance of the restaurants.

Just around the corner one heads into heavyweight real estate turf. Sheltered by Lion’s Head, Clifton is awash with stunning apartments edging four amazing beaches that are packed with gorgeous bodies in summer.

The palm-fringed white beach and jet set crowd of Camps Bay has earned it the reputation of being the 'Cape Riviera'. It’s crammed with beachfront bistros, restaurants and cocktail venues and even has its own Theatre on the Bay.

Llandudno is an isolated upmarket seaside suburb that has a laid back beach flanked by enormous boulders. It’s a good surfing spot and gets hectically busy on weekends.

Hout Bay is conveniently situated with two routes into the city. You can either travel along Victoria Road towards Camps Bay or travel inland via Constantia. Accommodation is plentiful and the town is family friendly with a large fishing harbour, shopping centres and a great beach. Scrutinize curious species at the World of Birds, check out spazas, shebeens and a local witchdoctor on a township tour or take a scenic boat trip to Seal Island.

Chapman’s Peak Drive is an exhilarating 10km road cut into the mountainside with cliffs dropping into the sea. The viewpoints allow you to stop and gaze at the breathtaking vista of Hout Bay and the Sentinel. If the weather is dodgy it could dangerous so phone before making the trip as it could be closed.

Noordhoek is a rather sleepy, horsy settlement lying at the foot of Chapman’s Peak. Closest to the beach is the Red herring restaurant and Fingo Cafe and on the main road is the Noordhoek Farm Village, a good place to stop on family outings. You can stock up on locally grown fresh produce or have a casual al fresco lunch under the trees.

Kommetjie is just a 3km walk along the beach but a 15km drive inland. It has a famous surf spot and attracts lots of surfer types. Slangkop lighthouse illuminates the village at night and is the tallest cast-iron lighthouse on South Africa’s coast. From here it’s a scenic 10km drive to Misty Cliffs and Scarborough, the most remote suburbs along the peninsula.

Bordering Cape Point, these far flung villages are frequented by troops of wild baboon who sometimes wreck havoc if they manage to gain access into the houses. You can often spot them frolicking along the road from Kommetjie. 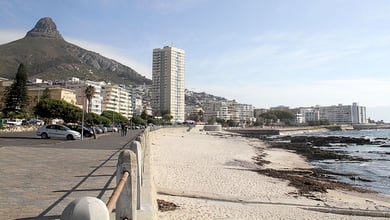 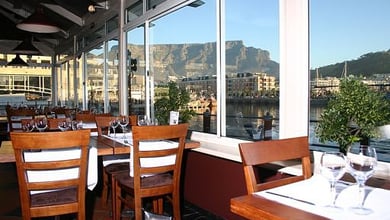