Casa das Ondas
Welcome to SafariNow. Get off your accommodation booking by paying with the voucher code before . 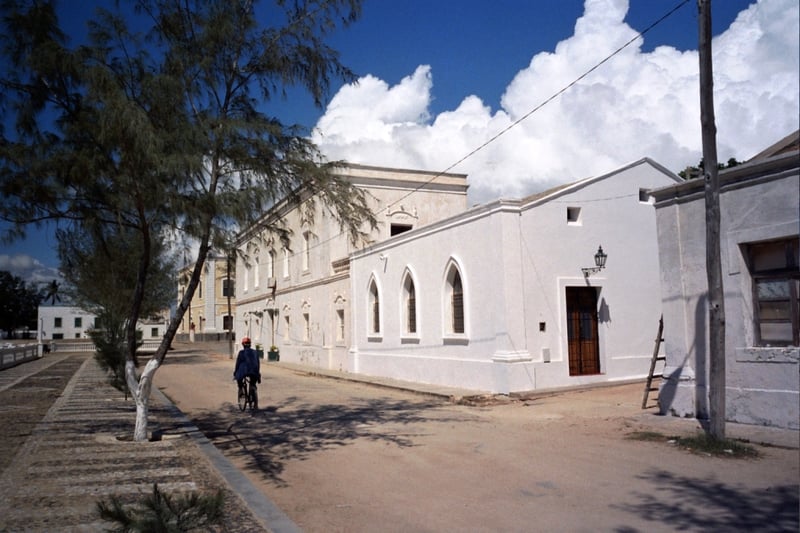 Casa das Ondas is situated on Mozambique Island, with beautiful views of the Indian Ocean. The Island of Mozambique, or Ilha de Moçambique, lies off northern Mozambique, between the Mozambique Channel and Mossuril Bay, and was once a major Arab port and boat-building centre. The Portuguese established a port and naval base in 1507 and built the Chapel of Nossa Senhora de Baluarte in 1522, now considered the oldest European building in the Southern Hemisphere.

Notable buildings on the island include the Palace and Chapel of São Paulo, the Museum of Sacred Art, the Church of Santo António, the Church of the Misericórdia, and the Chapel of Nossa Senhora de Baluarte. The island, now entirely urbanized, is also home to several mosques and a Hindu temple, and a 3 km bridge was erected in the 1960s to connect the island to the mainland.

Casa das Ondas is stylishly furnished and features arched windows, furniture from Pakistan, and a courtyard bedecked with lovely bougainvillea. Casa das Ondas features three rooms, two of which are en-suite, a kitchen, two living rooms, and a patio with ocean views.

Beach: Located within easy walking distance from the beach.

Rates are quoted in Euros and are subject to change.

Click to display the map
Casa das Ondas is 0.3km from the centre of Mozambique Island , the nearest airport 525.5km (Mtwara Airport).
*Distances are shown as the crow flies and not necessarily the actual travelling
×