Welcome to SafariNow. Get off your accommodation booking by paying with the voucher code before .
South Africa/Western Cape/De Kelders/Klipgat Cave Trail 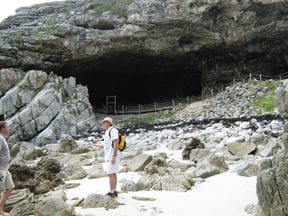 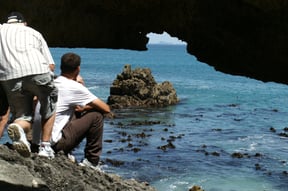 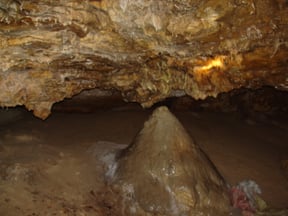 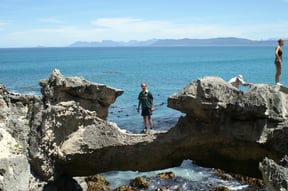 Klipgat Cave is one of the most important historical assets in the Western Cape. Excavations between 1969 and 1995 produced stone artifacts, preserved bone tools and human remains left by Middle Stone Age folk from 65 000 – 85 000 years ago.

The cave was formed millions of years ago and was once much like the Cango Caves. The rising sea level eventually cut an opening, leaving the roof and sides to form the present cave. The cave is open to the public and is accessed through the Walker Bay Nature Reserve entrance.

Reviews:
1 Review
Things to do in De Kelders

Sleeps 20 in 6 rooms
De Kelders Self-catering
Bellamente Sirene is a Medittarrenean style guesthouse with Africa at its heart. Flanked by unique Fynbos, above the historical...
R2300
Avg per night
View Deal

Sleeps 4 in 2 rooms
De Kelders Self-catering
Nestled between Gansbaai and Stanford, 30 On Main is the place to unwind. Whether you’re looking for a weekend getaway or simply a base...
R2000
Avg per night
View Deal

Sleeps 6 in 3 rooms
De Kelders Self-catering, Bed and Breakfast
This awe-inspiring house with elegant interior designs and furniture is situated right on the ocean front and as one can imagine, has...
R8900
Avg per night
View Deal

Click to display the map
Klipgat Cave Trail is 7.9km from the centre of De Kelders , the nearest airport 103.1km (Cape Town International Airport).
*Distances are shown as the crow flies and not necessarily the actual travelling

Other things to do near De Kelders

★★★★★ 1 Review
Hiking Trail in Gansbaai
Platbos Forest is a privately owned indigenous forest that is Africa's southernmost forest, and a...

Beach in Perlemoen Bay
Gansbaai Tidal Pool is located on Kus Weg in Perlemoenbaai - the coastal road between Gansbaai town...

Hiking Trail in Gansbaai
Starting at the municipal campsite near Gansbaai harbour, the Duiwelsgat Hiking Trail follows the...
See all things to do near De Kelders
WEB06