Welcome to SafariNow. Get off your accommodation booking by paying with the voucher code before .
South Africa/Eastern Cape/Cape St Francis/Cape St Francis Lighthouse 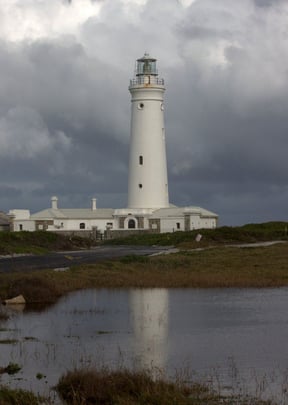 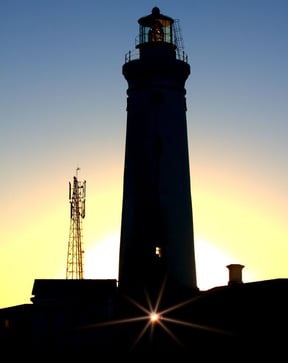 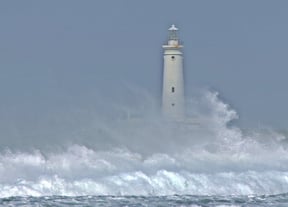 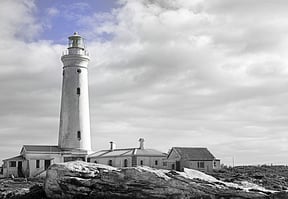 Seal Point Lighthouse is the tallest masonry lighthouse in South Africa, 27.75m high. The focal plane is 36 meters above sea level and the light has a range of 28 sea miles.

Joseph Flack, a civil Engineer and architect who was employed by the Cape Colonial Government at the time was instrumental in building this majestic building. He was also involved in buildings on Robben Island. Joseph, who came from Maidstone, Kent, England, died on 14 November 1876. WB Hays took over on 29 November of the same year and the light was lit for the first time on 4 July 1878.

It was equipped with a three wick burner and had an intensity of 15 000 candles, providing a single white flash every 20 seconds. On 17 May 1906 the flash rate was changed to one flash every 5 seconds and a petroleum vapour burner was fitted, increasing the candle power to 120 000 candles. Today the character of the light is once every five seconds with an intensity of 2 750 000 candles and a range of 28 sea miles.

Today the lighthouse has one Senior keeper with a modern radio beacon, fog signal and fog detector. As Seal Point Lighthouse continues to watch over the coast and has done for more than a century far fewer shipwrecks have been reported.

Added By: Dune Ridge Country House
Things to do in Cape St Francis

★★★★★ 6 Reviews
Sleeps 8 in 4 rooms
Cape St Francis Self-catering
Seal Point is set in St Francis Bay. It is an hour and 20 minutes away from Port Elizabeth and just...
R2800
Avg per night for 2 guests
View Deal

Click to display the map
Cape St Francis Lighthouse is 0.8km from the centre of Cape St Francis , the nearest airport 89.6km (Port Elizabeth Airport).
*Distances are shown as the crow flies and not necessarily the actual travelling

Other things to do near Cape St Francis

★★★★★ 1 Review
Shopping Mall in Sunridge Park
This is a shopping centre in the Western Suburbs that has a supermarket, a CNA, restaurants, a...

4 x 4 Trails in Humansdorp
Brakkeduine 4x4 Sand Trail is located 36 km from Humansdorp and starts on a dairy farm. Once you...
See all things to do near Cape St Francis
WEB4