4 Night Garden Route Tour (CPT return)
Welcome to SafariNow. Get off your accommodation booking by paying with the voucher code before . 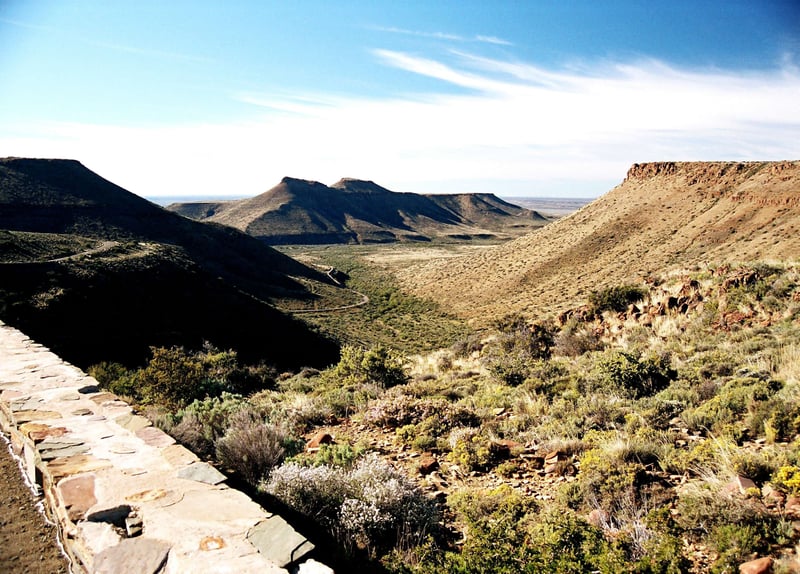 Enjoy a fabulous four night, five day Garden Route tour, taking you from Cape Town up the Garden Route, and returning you to Cape Town.Your itinerary:Day 1: Cape Town – Mossel Bay – Garden Route – KnysnaDepart from Cape Town and drive eastwards via Sir Lowry's Pass and the famous apple country of Grabouw to Swellendam and Mossel Bay. Here we visit arguably the oldest post office in Africa, the Post Office Tree, and the site of the first landfall, made by the Portuguese explorer Bartholomeu Dias in 1488. From here we truly enter the Garden Route and travel pa

Enjoy a fabulous four night, five day Garden Route tour, taking you from Cape Town up the Garden Route, and returning you to Cape Town.

Depart from Cape Town and drive eastwards via Sir Lowry's Pass and the famous apple country of Grabouw to Swellendam and Mossel Bay. Here we visit arguably the oldest post office in Africa, the Post Office Tree, and the site of the first landfall, made by the Portuguese explorer Bartholomeu Dias in 1488. From here we truly enter the Garden Route and travel past George via the Wilderness Lakelands to Knysna.

We explore Knysna and travel further to Plettenberg Bay for a short visit. Then we traverse through magnificent scenic river valley passes. We visit the Tsitsikamma National Park (Khoisan for 'The place of much water') stretching over 100 km kilometres of wild and rocky coastline characterised by massive cliffs, narrow isolated beaches and shady indigenous forests along the river valleys. Our next stop is Storms River with the impressive Paul Sauer Bridge across the valley, towering 139 m above the river. Return to Knysna via the “Big Tree” and spend the last part of the afternoon exploring the Heads at Knysna. Join a sundowner cruise on the lagoon and taste some delicacies.

We depart after breakfast and travel via the scenic Outeniqua Pass to Oudtshoorn, also known as the 'Feather Capital' of the world, as by far the largest concentration of ostrich farms in the world are found here. We visit an ostrich show farm for some unique experiences, including ostrich racing and the Cango Wildlife Ranch.

We visit the Cango Caves, regarded as one of South Africa's foremost natural wonders. The fascinating calcite caves comprise an underground wonderland of stalactites and stalagmites. Depending on weather conditions, we either take on the Swart Berg Mountain Pass, where you will experience some of South Africa’s most exciting drives and scenery or through the Meiringspoort Gorge where the rock formations will leave you in awe! Then we travel to Beaufort West through the semi desert of the Great Karoo. The lunar-like landscape with its blue skies and vast clear distances is truly impressive. See springbok and sheep across the open planes. A short visit of Beaufort West takes us to the birthplace of Chris Barnard who performed the world’s first successful heart transplant, and some of the old colonial buildings in the town.

The Karoo National Park is renowned for its impressive landscapes and large variety of plants, mostly succulents, and animals that have adapted to this harsh climate. We travel through the park and have an opportunity to spot animals such as the black rhino, springbok, eland, mountain reedbuck, kudu, gemsbok, and a variety of bird species, including one of the largest concentrations of the rare Black Eagle. It is also home to some 59 species of reptiles, including five species of tortoises.

- Overnight in the park in their chalets at the foothills of the Nieuwveld Mountains.

After an early morning game walk in the park, enjoy the wide open spaces of this semi-desert area where one can sometimes see a mountain up to 80 kilometres away as we travel through the village of Laingsburg that was almost completely washed away by a freak flash flood in the mid nineteen seventies. Matjiesfontein appears over the horizon as another green oasis in the barren valley with eerie rocky mountains in the background. The well-preserved and isolated Victorian village was established as a health resort in the 19th century. We stop for lunch in the Lord Millner Hotel. Further on we travel over the summit of the Hex River Pass with great views of the Hex River Valley. As we descend into the valley, the vegetation changes abruptly from the semi-desert Karoo to a colourful patchwork of vineyards. Then westwards via Worcester, nestled in the wine-growing region of the Breede River Valley. The Huguenot Tunnel through the Drakenstein Mountains takes us via Paarl back to Cape Town, where we arrive late afternoon.

Click to display the map
4 Night Garden Route Tour (CPT return) is 0km from the centre of Cape Town City Centre , the nearest airport 20.5km (Cape Town International Airport).
*Distances are shown as the crow flies and not necessarily the actual travelling