Welcome to SafariNow. Get off your accommodation booking by paying with the voucher code before .
South Africa/Western Cape/Oudtshoorn/Cango Caves 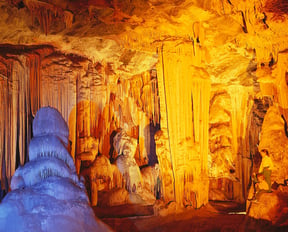 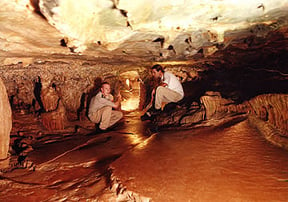 Visit a sparkling ancient African cave system in the Karoo. One of the major attractions in the Garden Route and Oudtshoorn area is the Cango Caves, which extend for kilometres into the extensive limestone hills.

Situated in the Swartberg Mountains, 30km north of Oudtshoorn are the 20 million year-old Precambrian caves. Africa's largest show cave system is definitely worth a visit just to see the beautiful crystal and flow structures alone.

Although the massive system of tunnels and chambers stretch for over four kilometres, only a quarter of this is open to visitors. You can do a guided standard one hour tour or tackle the more adventurous one and a half hour tour, which includes some tight squeezes.