Welcome to SafariNow. Get off your accommodation booking by paying with the voucher code before .
South Africa/Eastern Cape/Port Elizabeth/North End/Nelson Mandela Bay Stadium 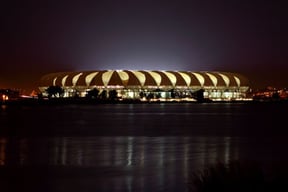 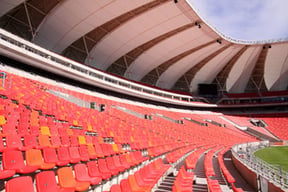 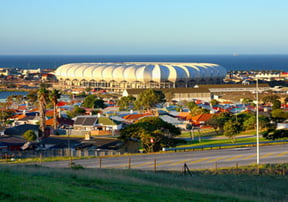 Situated on the North End Lake which is an idyllic setting for match days, the Nelson Mandela Bay Stadium is the Eastern Cape's first dedicated football stadium.

Features include a three-tier design with two rings of skyboxes. Five first-round, one second-round, one quarter-final, and the third-place play-off 2010 FIFA World Cup matches kicked off here.

The football crazy Port Elizabeth / Nelson Mandela Bay and Eastern Cape residents are the beneficiaries of this brand new futuristic multi-purpose stadium with seating for 50 000 spectators. It is conveniently located near the N2 highway, just a few kilometres from the coast and the port of Coega.


Things to do in North End

Click to display the map
Nelson Mandela Bay Stadium is 0.8km from the centre of North End , the nearest airport 5.4km (Port Elizabeth Airport).
*Distances are shown as the crow flies and not necessarily the actual travelling
WEB3