The George Hotel
Welcome to SafariNow. Get off your accommodation booking by paying with the voucher code before . 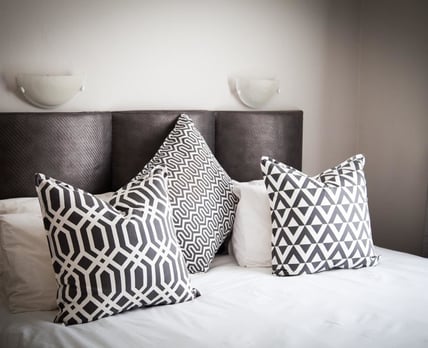 About The George Hotel

State of the art conference rooms, Featuring innovative spaces with separate work areas, high-speed Wi-Fi, and all expected audio visual equipment. The George has all the ingredients that are essential for productive executive retreats, product launches, training sessions, weddings, year-end functions, award ceremonies, events, the list is endless…The opportunity to unwind once the job is done just steps away. This Grand Dame of Zululand’s hospitality industry is not only the landmark accommodation facility to view all of KZN’s tourist attractions; it is now a tribute to its visionary owners who have preserved its charm, whilst creating a unique modern hotel so central to Empangeni, Richards Bay, Ulundi, Mtunzini, Mandini, Ballito, Stanger, and King Shaka Airport. Combining authenticity with superb service, facilities and gastronomy, Built on the site of the British Residential Commissioner, Sir Charles Saunders's residency. Originally Tavernors then The Provincial Hotel. Land was aquired in 1896 and present Hotel Built in 1906 adjacent the Great 300 hectare Dlinza Forest. The Hotel during the mining boom of the 1920s, was operated as a Stock Exchange for four months. This Hotel has been through the Bambata Rebellion, Union, Apartheid era and now part of the changing new South Africa. Ideal base to have the complete 101 Things to do in Eshowe! We are close to beaches, big five, Anglo Zulu and Zulu battlefields Route, Zululand Birding Route, KZN Brew Route, Great Five Forests, Zululand Historical museum, Vukani collection, Mbongolwane wetlands, Shakaland, Isandlwana and Rorkes Drift. Amatikulu Beach Prawn braai on Sunday.There are over eight beautiful fully represented churches in Eshowe which makes it a great Wedding venue. The George Hotel can cater for a wedding reception of up to 90 guests.

Reviews for The George Hotel

13 guest reviews Reviews of
★★★★★
3 out of 5 stars
5 star 3
4 star 4
3 star 2
2 star 1
1 star 3
Bev
★★★★★
26 July 2016
An historical building, with comfortable beds. A hearty English breakfast was had in the morning.
Klaus Graf, Germany
★★★★★
26 February 2016
An excellent hotel. of course not a five star tourist place but a wonderful basic nice country hotel One of a few that survived. I like it.
Ida
★★★★★
10 December 2015
The stay was lovely and we will revisit this establishment again. The George Hotel was fully equipped and very clean.
thabo
★★★★★
17 August 2015
I was treated like a King at this Hotel so there is no doubt in my mind that I would return when I go to Durban again. I had such a good stay!
Cheryl Arts, South Africa
★★★★★
20 July 2015
I found the Hotel quite pricey considering there was no breakfast included.  The rooms were fine, comfortable beds but no kettle, tea or coffee in the rooms.  When we enquired as to where we could get a cup we were told only when the kitchen opens for dinner or in the morning.  That's unacceptable, they could at least have an urn with mugs and tea bags, coffee, milk and sugar available anytime for guest.Don't think I will be staying there again, even though the staff were very polite.  Hopefully when they read this something will be done.
Show More Reviews

Click to display the map
The George Hotel is 1.7km from the centre of Eshowe , the nearest airport 68.5km (Prince Mangosuthu Buthelezi Airport).
*Distances are shown as the crow flies and not necessarily the actual travelling
×