Welcome to SafariNow. Get off your accommodation booking by paying with the voucher code before .
South Africa/KwaZulu-Natal/Pietermaritzburg/Hilton/Winterskloof/Doreen Clark Nature Reserve 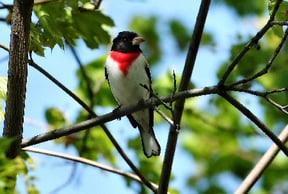 The Doreen Clark Nature Reserve is only a short distance from the north of Pietermaritzburg. The seven hectare nature reserve consists of a podocarpus forest with grassland running along its edges.

There are quaint picnic spots scattered around the reserve, as well as hiking trails ranging in difficulty but suitable for all ages. The reserve is a bird watcher's paradise with regular visitors such as the African emerald cuckoo, narina trogon,and white-starred robin. The magnificent African crowned eagle is also a resident bird of the nature reserve, and visitors can spot more than five different species of cuckoo during the summer season.

★★★★★ 2 Reviews
Sleeps 6 in 2 rooms
Winterskloof Bed and Breakfast, Self-catering
Fourwinds Courtyard is probably the oldest farmhouse built on the largest piece of flat land in Winterskloof. Being a mere five minutes...
R1200
Avg per night
View Deal
See all accommodation near Winterskloof

Click to display the map
Doreen Clark Nature Reserve is 9.9km from the centre of Pietermaritzburg , the nearest airport 91.8km (King Shaka International Airport).
*Distances are shown as the crow flies and not necessarily the actual travelling

Other things to do near Winterskloof

★★★★★ 1 Review
Popular Attraction in Kloof
The breathtaking Valley of a Thousand Hills is an awesome holiday destination that offers unspoilt...

★★★★★ 1 Review
Popular Attraction in Kloof
This is an old steam train that over weekends runs from Kloof Station through the Valley of 1000...

Spa & Wellness in Wembley
Senses Day Spa is a haven of tranquility. Our internationally qualified therapists will ensure that...
See all things to do near Winterskloof
WEB4