Welcome to SafariNow. Get off your accommodation booking by paying with the voucher code before .
South Africa/Northern Cape/Sutherland/The Forgotten Highway 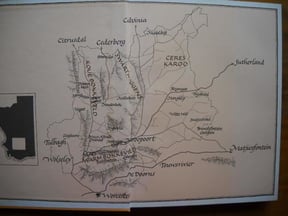 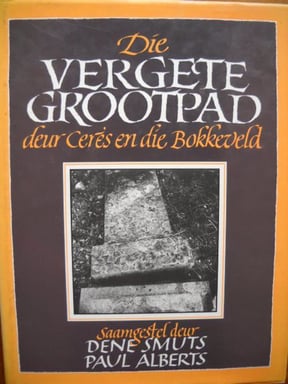 About The Forgotten Highway

The Forgotten Highway formed part of the old route to the North and was used by explorers such as Burchell and Lichtenstein.

The route to the North played a cardinal role in the development of Ceres as a village. The route ran through Ceres and many transport riders, miners, mail coaches passed through the village and provided the boost for economic development and prosperity.

For more than 200 years, travellers used Karoopoort as a place to stay over before venturing on into the interior. Karoopoort is situated 43 km from Ceres and is presently being farmed

“Between Karoo Poort beyond Ceres and Verlaten Kloof there is a long-forgotten highway which was once part of the great road to the north-east.

It began as the route across the Bokkeveld Karoo used by farmers from the Warme Bokkeveld (Ceres Basin) who, 1750 and 1800, were establishing “leen plaase” and even permanent farms over the Koedoesberg along the foot of the Roggeveld Range. Long before there was a Kimberley, a Fraserburg or even a Beaufort West, the continuation of this old road beyond Verlaten Kloof became the usual route to the Gariep or Orange River, to Kuruman and the Klaarwater Mission and beyond the Litako (Takoon).

The forgotten highway runs from Karoo Poort across Spes Bona (Inverdoorn) beneath the Paardeberg, and takes an arrow flight across the Bokkeveld Karoo to the Hang Rock when the hills begin. This deserted spot had once been an important landmark on this Karoo. Beneath it there is an area of scrub-denuded ground which marks the ancient outspan- place. The forgotten highway leads through hilly country beyond this spot. It passes Yuksfontein where the track crossed the dry and tree-lined Yuks River.

You travelled across Marigold Heights to Windheuvel. From the Windheuvel the old highway sloped down to the valley of the Tanqua and at Vinkelkuil it blends with the modern high road to Verlaten Kloof. Verlaten Kloof or Abandoned Kloof is a great gash in the wall of the Roggeveld Range. Some early and heroic burgher took his waggon through this kloof and led the way for what is now to be the national northen route.” (extract from “Old Cape highways” by Dr EE Mossop)

Added By: Perlman House
Reviews:
1 Review
Things to do in Sutherland

Reviews for The Forgotten Highway

Accommodation near The Forgotten Highway

★★★★★ 6 Reviews
Sleeps 6 in 2 rooms
Sutherland Self-catering, Bed and Breakfast
Sterland Baroe is ideal for four to six people travelling together. The cottage can be rented on a self-catering basis.The cottage has two...
R900
Avg per night for 2 guests
View Deal

★★★★★ 28 Reviews
Sleeps 10 in 3 rooms
Sutherland Self-catering, Bed and Breakfast
A four-bedroom guest house with countryside charm and atmosphere. Perfect accommodation for up to 10 people. Sutherland is nestled in the...
R700
Avg per night for 2 guests
View Deal
See all accommodation near Sutherland

Click to display the map
The Forgotten Highway is 3.3km from the centre of Sutherland , the nearest airport 259.9km (George Airport).
*Distances are shown as the crow flies and not necessarily the actual travelling

Other things to do near Sutherland

Popular Attraction in Tankwa Karoo National Park
The Gannaga Pass is one of those passes that you should simply do at least once in your life. This...

4 x 4 Trails in Laingsburg
Josephskraal Trail is 40 km from Laingsburg and offers a circular route suitable for 4x2 vehicles...

4 x 4 Trails in Fraserburg
De Postjes 4x4 Trail extends over five farms and travels over the Mail Coach Pass. The trail is...
See all things to do near Sutherland
WEB06