Welcome to SafariNow. Get off your accommodation booking by paying with the voucher code before .
South Africa/KwaZulu-Natal/Durban/Stamford Hill/Kings Park Stadium 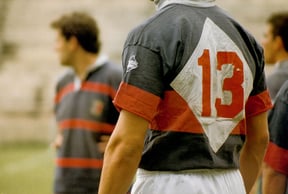 Home turf of The Sharks, official rugby team of KZN, ‘The Shark Tank’ is a stadium in the Kings Park Sporting Precinct neighbouring Moses Mabhida Stadium in Stamford Hill, Durban.

Durban’s Premier Soccer League football clubs often use the facility, which has a seating capacity of 55,000.

Things to do in Stamford Hill

Sleeps 20 in 0 rooms
Battery Beach Hotel
An extra 1% tour fee will be charged. This fee is not included in the total room rate and shall be paid at the hotel. Fees may vary...
View Deal
See all accommodation near Stamford Hill

Click to display the map
Kings Park Stadium is 0.9km from the centre of Stamford Hill , the nearest airport 25.3km (King Shaka International Airport).
*Distances are shown as the crow flies and not necessarily the actual travelling
WEB1