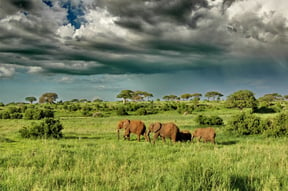 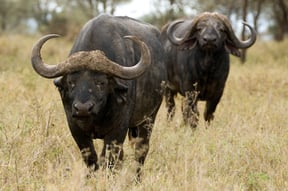 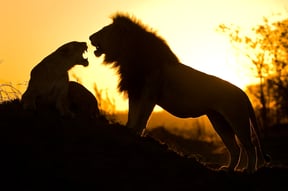 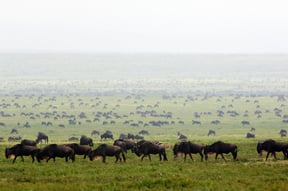 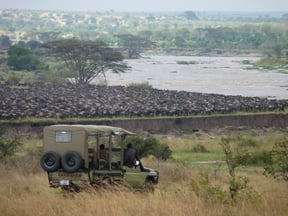 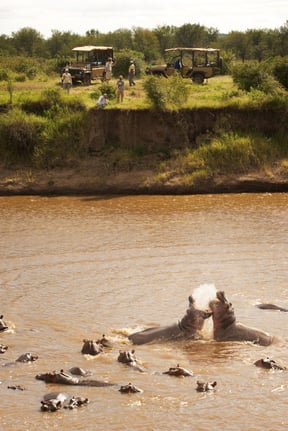 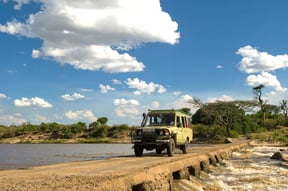 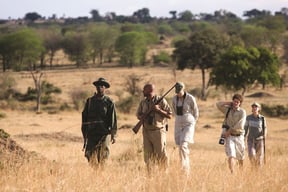 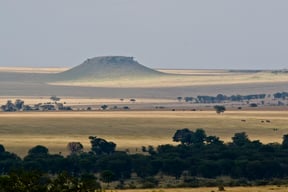 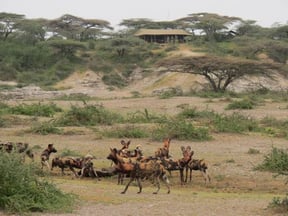 The name Serengeti (or more specifically Serengit) is derived from the Maasai language meaning "Endless Plains”, and this is the only way to describe the area. Yes, while there are riverine areas, acacia bush and kopjies, it is the vast grassy plains that roll over the landscape that define the Serengeti.

Each year the great wildebeest migration begins in the Ngorongoro area of the southern Serengeti of Tanzania. From here, the movement of the wildebeest and other grazers will start their move north, looking for new grazing pastures. January to March is the beginning of the calving season. This is because there is plenty of rain-ripened grass available for the approximate 750,000 zebra, 1.2 million wildebeest and hundreds of thousands of other plains game.

During February the wildebeest spend their time in the south eastern part of the ecosystem, grazing and giving birth to approximately 500,000 calves within a 2 to 3 week period: a remarkably synchronized event.

As the rains end in May the animals start moving northwest, into the areas around the Grumeti River, where they typically remain until late June. July sees the main migration of wildebeest, zebra and eland heading north, arriving on the Kenyan border and then into the Maasai Mara late July/August for the remainder of the dry season (the Thomson's and Grant's Gazelles move only east/west and don’t cross into Kenya).
In early November with the start of the short rains, the migration starts moving south again, to the short grass plains of the south east, usually arriving in December in plenty of time for calving in February. It is estimated that some 250,000 wildebeest die during the Great Migration (a total of around 800 kilometers). Death is usually from thirst, hunger, exhaustion, or predation.

In addition to the wonder of the Migration, the Serengeti eco-system offers great year-round game viewing, with large numbers of predatory cats, some of the last remaining free-roaming Black rhino in East Africa as well as most other wildlife species, so regardless of the time of year visitors head to the Serengeti a very good safari experience is likely.

Reviews:
1 Review
Things to do in Serengeti National Park

Sleeps 150 in 75 rooms
Serengeti National Park Safari, Lodge, Hotel
The vast and spectacular Serengeti is the epitome of most people's vision of wild Africa; its endless rolling plains perfectly define the...
R3413
Avg per night for 2 guests
View Deal

Sleeps 62 in 31 rooms
Serengeti National Park Safari
Set in the midst of an incredible vista of savannah and skies, sheltered in a grove of acacia trees, lies Ikoma Tented Camp. Simplicity...
R5505
Avg per night for 2 guests
View Deal

Other things to do near Serengeti National Park

★★★★★ 1 Review
Animal Park in Keekorok
Masai Mara National is world famous for the annual migration of wildebeest from Serengeti to Masai...
See all things to do near Serengeti National Park
WEB3