Welcome to SafariNow. Get off your accommodation booking by paying with the voucher code before .
South Africa/Eastern Cape/Paterson/Shamwari Game Reserve 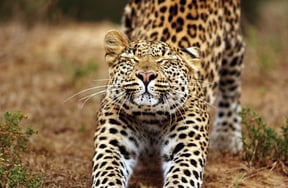 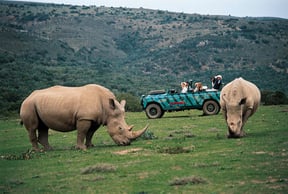 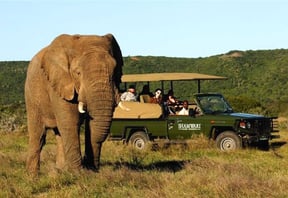 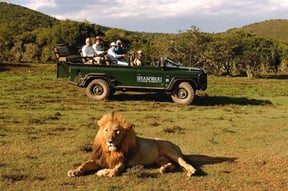 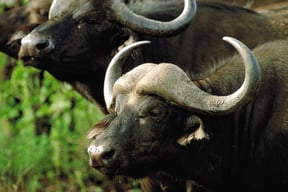 One of the largest private game reserves in the Eastern Cape, the award winning Shamwari Game Reserve is a superlative safari destination for discerning guests.

Boasting numerous high profile animals including the Big 5 and five of South Africa's seven biomes, the reserve is one of the most successful private conservation initiatives coupled with responsible tourism in Southern Africa.

Shamwari is situated in luxuriant bushveld along the Bushmans River. Easily accesable, the malaria-free reserve lies halfway between Port Elizabeth and Grahamstown. There are daily flights from Johannesburg, Cape Town and Durban to Port Elizabeth. It’s also an enjoyable drive from Cape Town along the beautiful Garden Route.

Guests can choose from seven unique luxury lodges on this private game reserve.

Things to do in Paterson

Click to display the map
Shamwari Game Reserve is 10.3km from the centre of Paterson , the nearest airport 80.1km (Port Elizabeth Airport).
*Distances are shown as the crow flies and not necessarily the actual travelling

Other things to do near Paterson

★★★★★ 1 Review
Hiking Trail in Bluewater Bay
The Aloe Trail starts at the top of Tippers Creek Road between Amsterdamhoek and Bluewater Bay. The...

★★★★★ 1 Review
Beach in Wells Estate
St Georges Strand is Port Elizabeth's most northern beach stretching all the way up to the Coega...