Welcome to SafariNow. Get off your accommodation booking by paying with the voucher code before .
South Africa/Western Cape/Paarl/Fairview Dairy 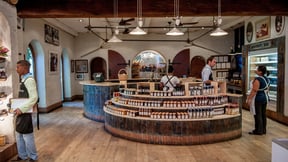 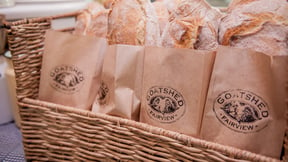 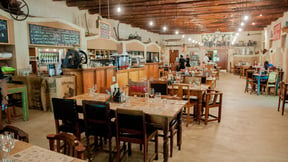 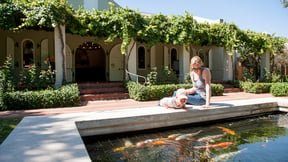 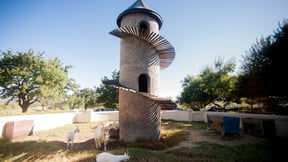 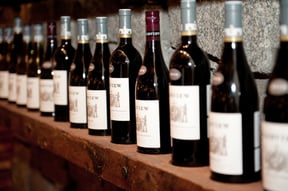 The cultivation of virgin vineyard land on Fairview in recent years has led to the unearthing of prehistoric stone tools providing proof of the presence of hominids here at the foot of the Paarl mountain some 700 000 years ago. Centuries later, probably towards the end of the first millennium AD, these hills became home to nomadic pastoralists from the north called the Khoi. These peaceful people remained until the arrival of the first European settlers the Cape of Good Hope in the mid 1600s. The official demarcation of Fairview as a formal farm followed in 1693. A tract of land on the southwestern slopes of Paarl Mountain was granted to Steven Verwey (thought to have been one of the French Huguenots who fled Protestant persecution in Europe from 1688) by Governor of the Cape Simon van der Stel, a Dutch East India Company official instrumental in developing several of the Cape’s first and still finest wine ‘estates’.

Just six years later, in 1699, the first wine was made on the farm. Official tax records of the time reflect a farm ‘inventory’ which listed a few barrels of wine, among items ranging from bags of wheat to rifles and slaves. The farm had previously been known as Bloemkoolfontein (‘Cauliflower Fountain’). Jests current owner/vintner Charles Back II: ‘I’m pleased that someone had the foresight to change the name!’ Up to about 100 years ago, the farm had a chequered history: it was part of no less than eight insolvent estates. Quips the incorrigible Charles again: ‘I’m doing my best to break the habit!’

In fact, the farm’s star started rising from 1937 when Back’s grandfather, Charles Back I, bought the property from the Hugo family for the pricely sum of £6 500.

Take the N1 from Cape Town.
Take exit 47 (Stellenbosch/Wellington/Klapmuts)
Turn RIGHT towards Klapmuts
At the four-way stop turn left onto R101 (follow signboard to Fairview)
After passing Simonsvlei on your right, turn LEFT into the Suid-Agter Paarl Road (follow signboard to Fairview)
Fairview is on your right hand side, about 3km along the road.
Telephone:
+27 (0)21 863 2450
Website:
www.fairview.co.za
Things to do in Paarl

Sleeps 22 in 6 rooms
Courtrai Guest House
Located in the heart of the Cape Winelands, The Light House Boutique Suites in Paarl offer...
R5780
Avg per night for 2 guests
View Deal

★★★★★ 4 Reviews
Sleeps 48 in 24 rooms
Paarl Bed and Breakfast
Oak Tree Lodge is centrally situated in the historic winelands town of Paarl. Choose between comfortable rooms in the main house or newly...
R1300
Avg per night for 2 guests
View Deal

Sleeps 8 in 4 rooms
Paarl Bed and Breakfast
Nantes Estate is a beautiful function venue surrounded by vineyards, panoramic views of the Paarl valley and a backdrop of the Drakenstein...
View Deal

Sleeps 24 in 11 rooms
Paarl Bed and Breakfast
Ruitersvlei is situated in one of the oldest wine farming areas in the Western Cape, on the outskirts of Paarl.The historical stables on...
View Deal
See all accommodation near Paarl

Click to display the map
Fairview Dairy is 5.6km from the centre of Paarl , the nearest airport 42.3km (Cape Town International Airport).
*Distances are shown as the crow flies and not necessarily the actual travelling
WEB2