Welcome to SafariNow. Get off your accommodation booking by paying with the voucher code before .
South Africa/KwaZulu-Natal/Ladysmith (KwaZulu-Natal)/Statue of Gandhi 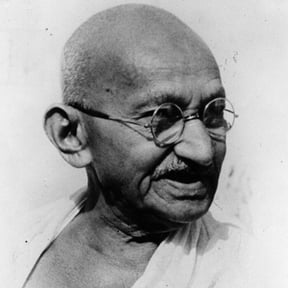 About Statue of Gandhi

The legendary Mahatma Gandhi, among many other things, served with General Buller's relief forces after the Siege of Ladysmith. He also trained 1100 Indians who participated in the battle.

In 1993 the Hindu community paid tribute to the work of Gandhi by building a statue of him at the Lord Vishnu Temple. Visitors will have to arrange with the caretaker beforehand to view the statue.

Accommodation near Statue of Gandhi

Sleeps 50 in 5 rooms
Nambiti Private Game Reserve Lodge
Esiweni lodge is a hidden jewel in one of the most beautiful private reserves in South Africa. Here...
R20500
Avg per night
View Deal

Click to display the map
Statue of Gandhi is 0.4km from the centre of Ladysmith (KwaZulu-Natal) , the nearest airport 186.1km (Prince Mangosuthu Buthelezi Airport).
*Distances are shown as the crow flies and not necessarily the actual travelling

Other things to do near Ladysmith (KwaZulu-Natal)

Theatre, Gallery or Museum in Winterton
The Winterton Museum is located in the majestic Drakensberg region. It was opened in 1993 by Sheila...

Hiking Trail in Van Reenens Pass
The Black Wildebeest Hiking Trail is a 2/3-day backpack trail, which starts off at the bottom of...
See all things to do near Ladysmith (KwaZulu-Natal)
WEB1