Welcome to SafariNow. Get off your accommodation booking by paying with the voucher code before .
South Africa/KwaZulu-Natal/La Mercy/King Shaka International Airport 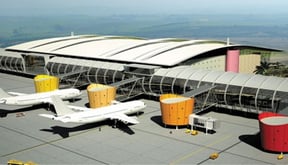 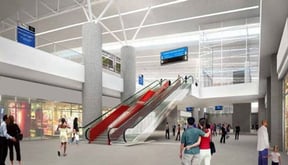 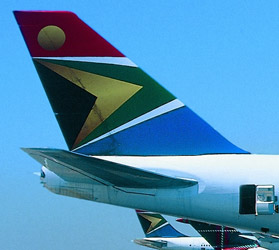 Built to process up to 7.5 million passengers a year, it replaced the old Durban International Airport (DIA), which was decommissioned on the 30 April 2010. The first flight took off without a hitch on 1 May 2010, just over a month before the start of the 2010 FIFA World Cup. The runway length of 3 700 metres will accommodate the latest New Generation Large Aircraft including the A380 Airbus. KSIA is situated at the original La Mercy Airsport, 35 kilometres north of Durban’s city centre.

Sleeps 6 in 3 rooms
La Mercy Self-catering
This apartment is situated on the beachfront in La Mercy along the beautiful North Coast. The apartment is beautifully furnished with three...
R2500
Total for your stay
View Deal

★★★★★ 4 Reviews
Sleeps 6 in 3 rooms
La Mercy Self-catering
Our property is cleaned with products that are on par with the Coronavirus guidelines and defogged after every guests departure and all...
R2150
Total for your stay for 2 guests
View Deal

★★★★★ 5 Reviews
Sleeps 6 in 3 rooms
La Mercy Self-catering
24 Crystal Cove is a fully furnished self-catering apartment located across the road from your own secluded peace of beach in La Mercy,...
R1400
Total for your stay
View Deal

Click to display the map
King Shaka International Airport is 3.4km from the centre of La Mercy
*Distances are shown as the crow flies and not necessarily the actual travelling

Other things to do near La Mercy

★★★★★ 2 Reviews
Village Marketplace in Salt Rock
The Litchi Orchard Market is held on the 2nd Saturday of every month. There is also a night market...
See all things to do near La Mercy
WEB1