Welcome to SafariNow. Get off your accommodation booking by paying with the voucher code before .
South Africa/Western Cape/Herbertsdale/Jakkalsvlei 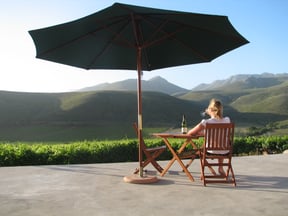 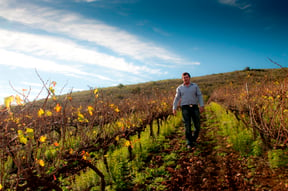 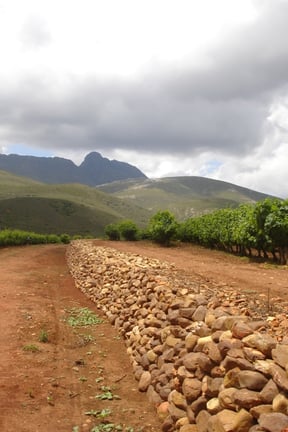 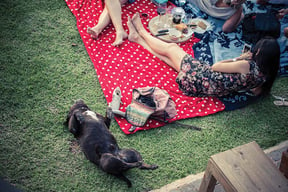 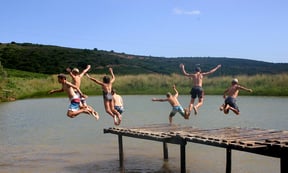 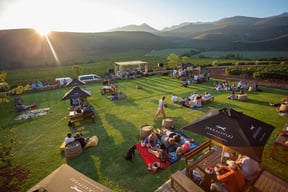 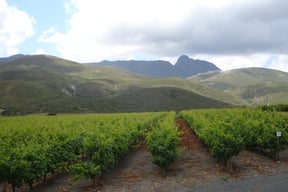 JAKKALSVLEI … the story so far In the valleys of Jakkalsvlei, where once succulent peaches and apricots were grown, some of the Southern Cape’s best wines are now produced.

It all started when the current owner, Jantjie Jonker’s grandfather Nelis Jonker senior, frequently went on hunting trips on his sister and brother in law’s farm in the Herbertsdale district during winter. He loved the area and dreamt about its potential. In 1959 he sold his farm and bought the property adjacent to his brother in law’s farm. He decided to plant apricots and peaches and supplied these to the Langeberg canning factory in Mossel Bay. And of course he also planted some vines and built a cellar …

In 1972 grandpa Nelis bought Jakkalsvlei and went on to purchase his brother in law’s farm in 1980.
In 1987 his son and Jantjie’s father, Andrew, planted the first (Chenin Blanc) at Jakkalsvlei. In November 2008 the first wine, 1 000 litres Hanepoot desert wine and 2 500 litres Mount Cuvée (Pinotage/Merlot) was bottled under the Jakkalsvlei brand.

Since then there has been no looking back. On 9 December 2009 the original tasting venue was opened to the public. During the same year Sauvignon Blanc, Rosé and Red Muscadel was added to the range. The Jakkalsvlei brand was also introduced into restaurants and off sales in the Garden Route.
In 2010 Cabernet Sauvignon was added and in 2011 the Pinotage Coffee Edition – the estate’s most popular product.

In 2012 the range was completed with the addition of another two products: River Cuvée (Chenin Blanc/Sauvignon Blanc) and TROP. Today Jakkalsvlei can boast with no less than 9 prestigeous awards for their wine. Good news is that Jakkalsvlei fans can now buy their favourite wines in the online wine shop or selected restaurants and outlets across the country.

During December 2014 the new state-of-the-art tasting venue was added and now visitors can enjoy the unique and acclaimed Jakkalsvlei wines combined with customized cheese platters and delicious build-your-own pizzas. Or simply take the short-cut and have a beer platter – served with Jakkalsvlei’s first of their craft beer range, the Jackal Lager.

The tasting hall is fairly large with tables both indoors and outdoors with great views over the mountains and vineyards, making this establishment the ideal place to visit when it is sunny or pouring, and let's face it, who doesn't want to enjoy a glass of Jakkalsvlei Coffee Pinotage on a rainy day? Or a sparkly, chilled La Perlé Rosé on a hot day?

The huge, lush green lawn is ideal for kids to run themselves ragged on or they can play on the jungle gym and, if they’re a little bigger, they can play fetch with the resident border collie, Google, or the friedly staffordshire terrier, Fifa.

During April each year Jakkalsvlei hosts their popular ‘Sundown Festival’; a music, food and wine festival to bid the summer sun fairwell, and from end of February to mid March visitors can pick their own Hanepoot grapes by the basketful. Jakkalsvlei also plays host to an annual Mountain Bike Race and Trail Run and the single track MBT and hiking trail is open to the public year round.

Acclaimed Chef, Thomas Potgieter, recently joined the Jakkalsvlei team and apart from surpise special dishes at the tasting hall, he also tantalizes tastebuds with the very popular seasonal food & wine pairings. Follow Jakkalsvlei on social media for updates on all festivals and events.

One reviewer said Jakkalsvlei is a ‘hidden gem’, but then again we can proudly say that the Garden Route in itself is a crown in South African areas to visit and Jakkalsvlei one of the glistening gems in that crown.


Opening hours: Open 7 days a week, 10am - 4pm (only closed on Good Friday and Christmas Day)

Jakkalsvlei is a licenced venue. No own food or drinks allowed. Picnic baskets can be ordered from the restaurant.

2 reviews Reviews of
★★★★★
4.5 out of 5 stars
5 star 1
4 star 1
3 star 0
2 star 0
1 star 0
Cindy Weber
★★★★★
17 June 2014
The most tranquil, well hidden place ever. My family enjoyed every moment of our stay and left heavy hearted! Thank you for the unforgettable experience, we will return.
JAMES CHAPMAN
★★★★★
19 August 2013
This vineyard was a wonderful find off the beaten track. We were given a most friendly reception there and thoroughly recommend their wines.

★★★★★ 4 Reviews
Sleeps 13 in 4 rooms
Herbertsdale Self-catering, Bed and Breakfast
On a macadamia nut farm in the scenic area of Herbertsdale, guests will find Dwarsrivier Country...
R800
Avg per night for 2 guests
View Deal
See all accommodation near Herbertsdale

Click to display the map
Jakkalsvlei is 5.4km from the centre of Herbertsdale , the nearest airport 72.2km (George Airport).
*Distances are shown as the crow flies and not necessarily the actual travelling

Other things to do near Herbertsdale

★★★★★ 1 Review
Popular Attraction in Hartenbos
A trip to Hartenbos during summer cannot be complete without a visit to the wildly entertaining...