Welcome to SafariNow. Get off your accommodation booking by paying with the voucher code before .
South Africa/Eastern Cape/Cradock/Schreiner House Museum 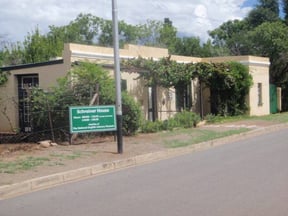 South African author, pacifist and political activist, Olive Schreiner, is best known for her novel, The Story of an African Farm. The book was first published in 1883 in London and quickly became a best-seller, despite causing controversy over its frank portrayal of freethought, feminism, premarital sex and pregnancy out of wedlock and transvestitism.

The Schreiner House Museum is one of Cradock’s interesting and attractive historical buildings. From 1868 till 1870 it was home to Olive and three of her siblings. Her elder brother, Theo, was principal of the “Government Aided School” in Cradock at the time. The other two siblings were her elder sister Henrietta and her younger brother Will, later Prime Minister of the Cape Colony.

Today the Schreiner House is a National Monument containing Olive’s personal library, exhibitions depicting her life and those of her siblings, and copies of all the books she wrote. There is also a bookshop selling a wide variety of books, including Schreiner’s most celebrated work, The Story of an African Farm, as well as other books by and about her.

★★★★★ 1 Review
Sleeps 6 in 3 rooms
Cradock Self-catering
Sanctuary Farm is situated on the beautiful banks of the Great Fish River and operates as a guest...
R950
Avg per night
View Deal

★★★★★ 20 Reviews
Sleeps 17 in 7 rooms
Cradock Self-catering
Undoubtedly one of Cradock’s most gracious homesteads. The unique appeal of this historical house is its genuine shade of yesteryear - ...
R700
Avg per night for 2 guests
View Deal

★★★★★ 46 Reviews
Sleeps 2 in 1 room
Cradock Bed and Breakfast, Self-catering
Agalia is situated in Cradock which lies on the banks of the Great Fish River, on the site of what was intended as a Boer fort to contain...
R500
Avg per night for 2 guests
View Deal

★★★★★ 7 Reviews
Sleeps 19 in 7 rooms
Cradock Self-catering
Karoo Werf Gastehuis is situated in the historical town of Cradock, a serene but typical Karoo farming town lying on the banks of the Great...
R700
Avg per night for 2 guests
View Deal

Click to display the map
Schreiner House Museum is 1.3km from the centre of Cradock , the nearest airport 201.3km (Port Elizabeth Airport).
*Distances are shown as the crow flies and not necessarily the actual travelling

Other things to do near Cradock

Hiking Trail in Mountain Zebra National Park
An armed guide accompanies hikers on the Idwala Hiking Trail. The trail starts at the Mountain...
See all things to do near Cradock
WEB6