Welcome to SafariNow. Get off your accommodation booking by paying with the voucher code before .
South Africa/Eastern Cape/Port Elizabeth/Central/Donkin Reserve and Lighthouse 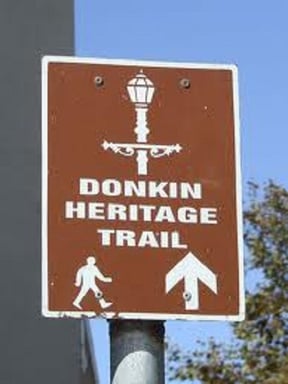 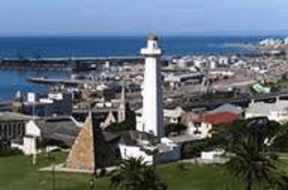 About Donkin Reserve and Lighthouse

Donkin Reserve, Pyramid and Lighthouse includes a stone pyramid monument erect by Sir Rufane Donkin in memory of his late wife, Elizabeth, after whom the city was named. The Great Flag, which measures 12m x 8m, is South Africa's biggest and it flies from the highest flagpole in the country.

The 1861 Lighthouse houses the official Tourist Information Centre, Nelson Mandela Bay Tourism. Donkin Lighthouse is open to the public on request between 08:30 & 16:00 on weekdays.

Added By: @47 Guest House
Things to do in Central

Accommodation near Donkin Reserve and Lighthouse

Sleeps 22 in 11 rooms
Mankessim Hotel
Gab Guest House is situated in Mankessim, Ghana. The guest house is located in the center of the town. Parking on site is available and...
View Deal

Sleeps 90 in 45 rooms
Yamoransa Hotel
Nyaniba Hotel is located in Yamoransa in Cape coast in the Central region of Ghana. The hotel is situated in one of Ghana's most visited...
View Deal

Sleeps 10 in 10 rooms
Mankessim Hotel
Engen Hotel is located along the Accra-Mankessim road. The hotel boasts of beautiful rooms at very affordable prices. The rooms of...
View Deal

Click to display the map
Donkin Reserve and Lighthouse is 1.2km from the centre of Central , the nearest airport 2.8km (Port Elizabeth Airport).
*Distances are shown as the crow flies and not necessarily the actual travelling

Other things to do near Central

Theatre, Gallery or Museum in St Georges Park
The Ron Belling Art Gallery is situated in a beautiful Art Deco house built in 1936. Designed by...
See all things to do near Central
WEB3