Welcome to SafariNow. Get off your accommodation booking by paying with the voucher code before .
South Africa/Gauteng/Pretoria (Tshwane)/Arcadia/Union Buildings 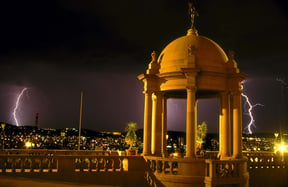 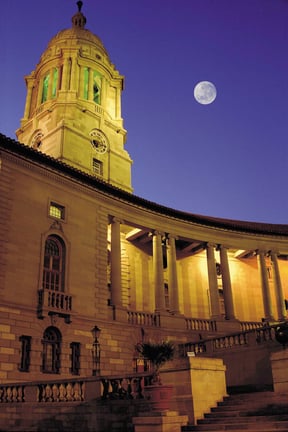 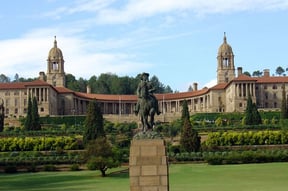 Pretoria has a complex and fascinating past. Initially the capital of the independent Boer republic of the Transvaal, it moved on to became one of the three capitals of South Africa and an international symbol of Apartheid.

Then the turnabout came in 1994 with the jubilant inauguration of former President Nelson Mandela, South Africa's first democratically elected President. Suddenly the Union Buildings transformed from a symbol of white, supremacist domination to one of genuine unity in this beautiful and culturally rich city.

The Union Buildings still form the official seat of South Africa's government and houses The Presidency as well as the Department of Foreign Affairs. Built at the loftiest point of South Africa's capital city, the elegant buildings preside like an ancient temple adorning and presiding over the city it governs.

Designed by Sir Herbert Baker, the building was completed in 1913. Herbert Baker chose Meintjieskop for the site because it reminded him of the acropolises of Greece and Asia Minor. The overall design is influenced by the neo-classic architecture of the Italian Renaissance as well as Cape Dutch.

Sleeps 36 in 9 rooms
Arcadia Guest House
Set in a small quiet street in the leafy suburb of Eastwood, between the Union Buildings and the President's Residence, this guesthouse...
R1450
Avg per night for 2 guests
View Deal

Sleeps 281 in 139 rooms
Arcadia Hotel
Located at the foot of the Union Buildings, the Arcadia Hotel is an integral part of the Arcadia Shopping Centre and is within walking...
R1230
Avg per night for 2 guests
View Deal

Click to display the map
Union Buildings is 1km from the centre of Arcadia , the nearest airport 9.2km (Waterkloof AFB Airport).
*Distances are shown as the crow flies and not necessarily the actual travelling
WEB6